Get fresh music recommendations delivered to your inbox every Friday.
We've updated our Terms of Use. You can review the changes here.

Summer Of The Mosquito 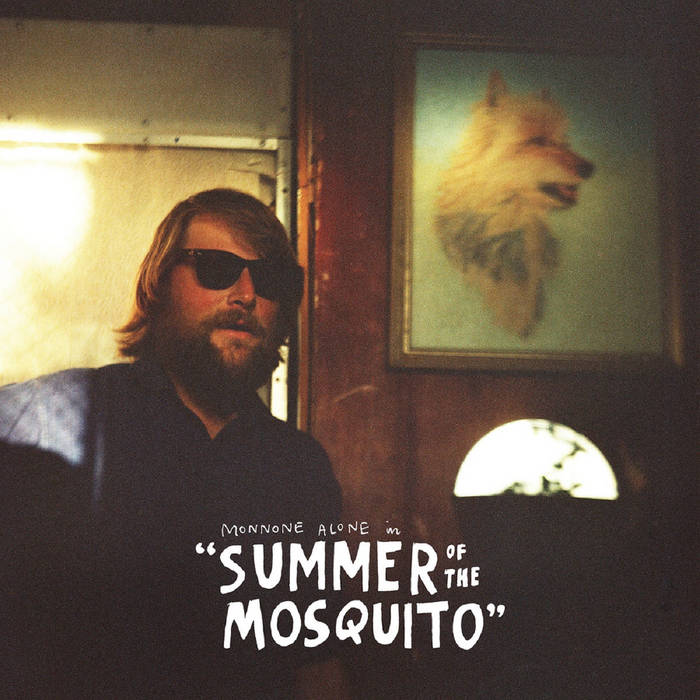 
As Jonathan Richman once (or twice) famously lamented: “that summer feeling is gonna haunt you one day in your life”. For Monnone Alone, that day has arrived and here it is for all to hear!

Summer of the Mosquito is a sweet ‘n’ salty twilit bike ride through the dizzying heights and gutter-scouring lows of summers past; a revisiting of share-house dysfunction (‘Dystopian Days of Yore’) and coming-of-age misdemeanours (‘Tumble Downs’), while encouraging a celebration of such foibles in ‘Do it Twice’, the album’s jubilant closer and second single.

Landing plumb in the sweet spot where jangle and power-pop collide, guitars are cranked and vocal harmonies laid on thicker than pomegranate molasses, adding extra reflection to tracks like ‘I Wanna Hide in Yesterday’, first single ‘Cut Knuckle’ and the album’s optimistic titular opener with its plaintive plea, “If I stay I’ll need you here to show me the way to walk and the way to fall” – a sentiment that lays the bedrock for the album’s underlying yearning.

That Mark Monnone has gathered a tight cohort of likeminded pop-obsessed classic rockers to build his second album speaks further to the nostalgia contained within; Monnone’s former Lucksmiths bandmate Louis Richter’s joyous and dynamic 12-string guitar serves as the perfect foil to Monnone’s unfussy strum and unruly outbursts of fuzz, while Gus Franklin and Joe Foley, on drums and bass respectively, are having a rollicking good choogle but manage to stay the course when things get bumpy (hello ‘Yo Dad’).

Speaking of classic rock, the sun-frazzled psy-folk of ‘Jerry’s Can’ owes its backstory to a visit to a friend in a Californian rehab facility and unexpectedly coming face to face with Jerry Garcia’s deathbed.

On ‘Feeling Together Feels Alright’ the band channel the frayed trims and big pop feels of The Pastels and Pavement and take a slight detour via Lou Reed’s Coney Island Baby on ‘Strollers’; both songs bearing passing reference to Monnone’s own baby, born during the writing process for the album and marking the singer’s first foray into parenthood.

Recorded and mixed by Melbourne-based Welsh producer Gareth Parton (Foals, Big Scary), with assistance from drummer Gus Franklin, Summer of the Mosquito is a big ol’ sun-smooch from a Melbourne band in no hurry to be anywhere but right here right now, and a songwriter happy to glimpse back briefly before being swept forward in life’s inevitable undertow.

Recorded and mixed at Electric Dreams and Los Bomberos by Gareth Parton, assisted by Gus Franklin
Mastered by Joe Carra at Crystal Mastering

Meritorio is a small independent record label based in Madrid, Spain.

Meritorio has just teamed up with new mailorder fulfilment partner in the USA, so we can now offer cheap USA shipping for customers in the US. Orders from the rest of the world are shipped from Spain.
Shipping rates for orders of 2 or more records are very cheap (worldwide)! ... more

Bandcamp Daily  your guide to the world of Bandcamp